In my last article, I covered an overview of the current recommendations regarding diet and cancer risk reduction. One of the eight recommendations is something that I think many people overlook. This is the topic for today’s article: Salt!

The recommendation from the American Institute for Cancer Research (AICR) regarding salt is to “Limit consumption of salty foods and foods processed with salt (sodium).”

Most people know that consuming too much salt in their diet can increase blood pressure and heart disease risk. Salt can also increase risk for cancer, specifically stomach cancer. The AICR panel of experts found that salt and salt-preserved foods probably increase the chance of developing stomach cancer because high salt intake can damage the lining of the stomach.

The first thing to know about sodium is how much our bodies need. Yes, we actually need some sodium for optimal functioning. The minimum amount needed is about 1500mg/day. The maximum recommended is 2300mg/day. And here’s what the average American consumes:

Salt, at the levels present in the diets of most people around the world, is probably the single most harmful substance in the food supply.

According to the Center for Science in the Public Interest:

Here’s how much sodium is in table salt:

In the next few articles I’ll highlight how much sodium is in packaged and restaurant foods as well as practical ways that you can cut back on your sodium intake.

Here’s a fact sheet on salt and cancer.

How Much Salt is in Restaurant Food?
8 Recommendations for a Cancer Fighting Diet 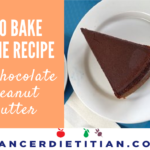