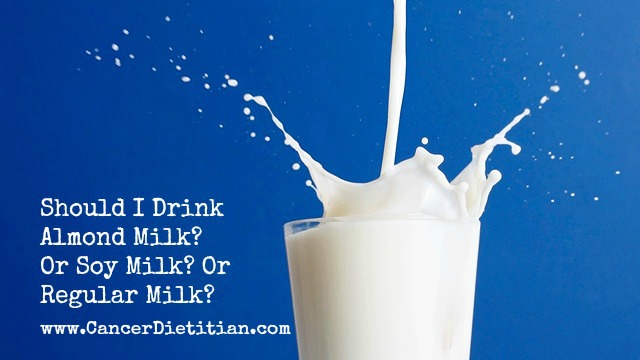 One role of a nutrition professional is to provide consumers with science based resources where they can get nutrition information.  A really great resource for this is Nutrition Action, a low cost newsletter created by the Center for Science in the Public Interest.  Nutrition Action updates the public on nutrition related news, as well as provides tips and strategies for healthy eating.
We highly suggest you make the investment and subscribe to the print newsletter! This month’s newsletter compared the nutrition of milk and popular non-dairy milk alternatives and prompted us to cover the topic.

What is the benefit of milk?

Low fat dairy can be an important part of a complete diet for the following reasons:

However, many people have a dairy intolerance, and with calcium and other nutrient fortification, milk alternatives can provide similar nutrients as milk.
Soy and rice milks have been around for many years, and more recently, almond, coconut, and even cashew milks have become very popular.  The problem arises when misinformed people start giving advice on which milk alternative is the “best.” In order to help you make the right choice, we wanted to provide you with the basics.

Soymilk has recently been given a bad rap because of the use of GMOs (genetically modified organisms). Here are a few things to know about this concern:
Some suggest that those with breast cancer should not consume soy because of its phytoestrogen content.  There is also insufficient evidence to support the exclusion of soy from ones diet and whole soy foods are considered safe for consumption by breast cancer survivors. In fact, more recent studies show that consuming soy foods may help increase length of life of breast cancer survivors!
Read more about soy and breast cancer from the American Institute for Cancer Research here: Soy is Safe for Breast Cancer Survivors

With all the misinformation about soy, almond milk has become increasingly popular as a “healthier” or “safer” milk alternative.  Many dairy and non-dairy drinkers have switched almond thinking they are making a healthier choice.  But the truth is, nutritionally speaking, almond milk and coconut milk are not adequate replacements for milk.
One cup of almond milk only contains 1 gram of protein!  This doesn’t come anywhere close to the protein content of milk.  The only milk alternative that has similar protein content to milk is soymilk.
But you’re thinking almonds are an excellent source of protein, why isn’t almond milk?  The reason is that there are only 4 almonds in 1 cup of almond milk.  FOUR!  So not only are you not getting any protein, you’re also paying $3-$4 on sugar water!

Another milk alternative that is quite popular right now is coconut milk. However, coconut milk has NO PROTEIN! In addition, it contains a significant amount of saturated fat.
Despite these facts, coconut milk is marketed as “healthier” because of all the unsubstantiated claims made recently about coconuts and health. We have already discussed this in two blog posts and there is no need to rehash this discussion!

Even though almond and coconut milks do not provide significant sources of protein, it doesn’t mean that they are bad for you and you shouldn’t drink them if you want.  But you should view their consumption similar to drinking water that has calories. They should not be considered a milk alternative!
The bottom line is protein is filling.  If you only have a bowl of cereal with almond milk for breakfast, you will be consuming very little protein, and it will be no surprise when you are hungry one to two hours later. If you tolerate cow’s milk, we would suggest you choose a 1% or skim version that you like. If you don’t tolerate it, or you prefer not to consume animal milk, soymilk would be your closest substitute from a nutritional standpoint.
Be informed!
– Lora & Julie
Is Almond Milk Healthy? Plus 3 Ingredient Recipe to Make Your Own.
Green Smoothie Recipe for Nutrition Supplement Drinks 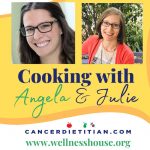 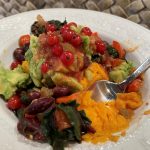 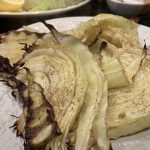 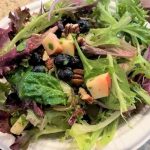