Pumpkins are the sign that Halloween and Thanksgiving are near! There are so many fun things to do with them, from carving, to painting to EATING!

The bright orange color of pumpkin is a dead giveaway that pumpkin is loaded with an important antioxidant, beta-carotene. Beta-carotene is a phytochemical that is converted to vitamin A in the body. In the conversion to vitamin A, beta carotene performs many important functions in overall health, including cancer prevention and healthy survivorship! 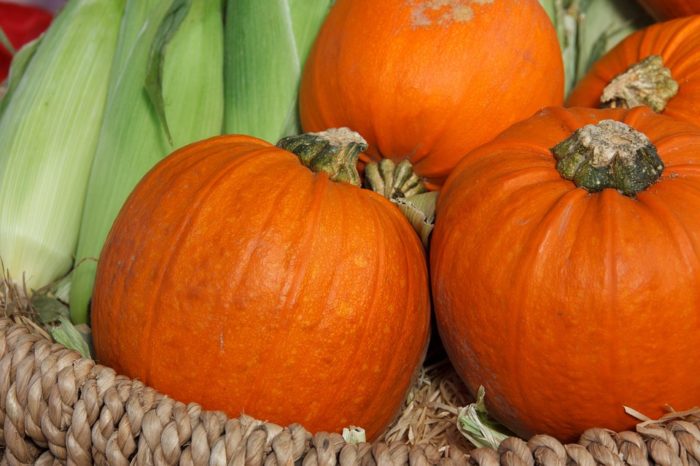 Beta-carotene is an antioxidant that prevents cell damage from oxidation that occurs with aging and long-time exposure to environmental pollutants. Studies show that eating orange-colored vegetables and fruits daily may help fend off cancer and heart disease while protecting your vision, immune system and skin.

Your body only uses beta-carotene to form as much vitamin A as it needs. Additional beta-carotene can, however, perform important functions as an antioxidant and in supporting cell-to-cell communication that controls normal cell growth.

Note that it’s diets high in beta-carotene rich foods that are linked with cancer protection, however. High doses of beta-carotene from supplements do not protect against heart disease or cancer, and some studies show they can even be harmful, especially in smokers.

Once again, research is showing that it’s the combination of all the nutrients in a food that works together to fight cancer. It’s not just one part of it! 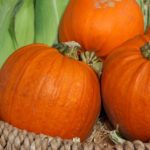 Use canned pumpkin puree, freshly prepared puree, or frozen puree which has been thawed. Cold leftover pancakes are an appetizing snack.

Here is something that my husband and I do to make our pancakes even healthier. Rather than topping with butter and syrup, we often will top with yogurt, marmalade or fruit jam, peanut butter, or a little honey. And we almost always top that with some fresh or frozen fruit!

If you are someone who REALLY likes pumpkins, you might enjoy these facts! I got them from the University of Illinois Extension Office Website.