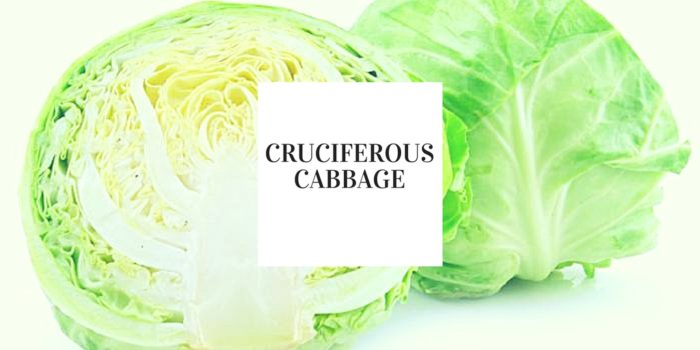 There’s been a lot of hype about cabbage lately and its cancer-fighting abilities. The George Meteljan Foundation considers cabbage one of “the world’s healthiest foods” due to its high nutrient and fiber content. But is that enough in itself to be labeled “cancer fighting”??

Decades ago cabbage soup was claimed to be a miracle food. The “Cabbage Soup Diet”, which involves eating cabbage 3x per day for at least 7 days, has been used by fad dieters as an attempt to lose weight in a short period of time. Cabbage has also been claimed to “stimulate the immune system” and “kill bacteria and viruses”.

So should we all start eating cabbage at every meal? Or is there more to this story?

Cabbage is a plant that falls into the cruciferous vegetable family. Other members of this family include broccoli, Brussels sprouts, cauliflower, kale, radishes, turnips, collard greens, bok choy, arugula, rutabaga, radishes, and watercress, to name a few!

Two of these biologically active compounds, which have been extensively researched to test their anticancer effects, are indoles and isothiocyanates.

What the research is telling us:

An article from the National Cancer Institute discusses that these biologically active compounds have been greatly tested in animals. The research reveals that indoles and isothiocyanates can inhibit the development of cancer in the bladder, breast, colon, liver, lung, and stomach. Specifically, these studies have illustrated that cruciferous vegetables may:

However, the same article from the National Cancer Institute discusses that the anticancer effects of cruciferous vegetables in humans have shown mixed results.

For example, a long-term epidemiological study, The Nurse’s Health Study, showed that women who ate more than 5 servings of cruciferous vegetables per week had a lower risk of developing lung cancer. On the other hand, cohort studies in Europe, the Netherlands, and the U.S. mostly reported no association between cruciferous vegetable intake and lung cancer risk.

The bottom line here is that cabbage may contain some anticancer properties, but it cannot “stimulate” the immune system or kill bacteria and viruses.

Cabbage, along with other cruciferous vegetables, is a great vegetable to incorporate into your diet. However, if you are only eating cabbage 3x a day, you are missing out on a variety of the other wonderful fruits, vegetables, nuts, seeds, and grains that are out there.

Eating a variety provides your body with many different antioxidants and phytochemicals, all which have their own benefits and keep you healthy!

Nutrition for Bone Marrow Transplant Resource List
Apricot Pits and Vitamin B17: Can They Cure Cancer?